Join WWCF this week as we go green in celebration of St. Patrick’s Day. Tune in for programs highlighting music by Irish artists such as The Chieftains and Van Morrison, as well as a lesser-known chapter of American history regarding Irish-Americans. 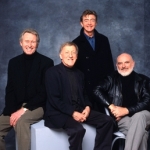 This one-hour music documentary salutes The Chieftains, Ireland’s musical ambassadors to the world. You’ll hear music they’ve recorded throughout their storied career, interviews with the band, comments and tributes from Celtic music historians and special guest artists who have joined them over the years – including Alison Krauss, Ricky Skaggs and Don Meade. 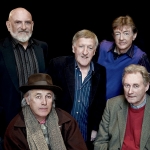